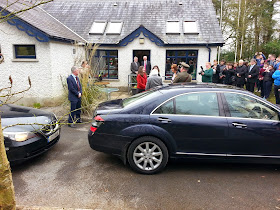 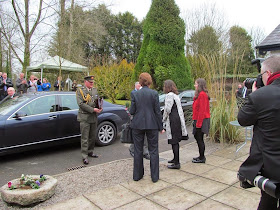 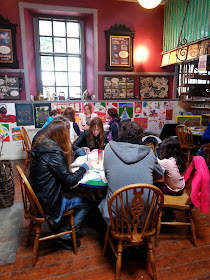 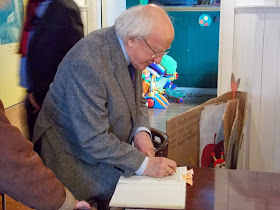 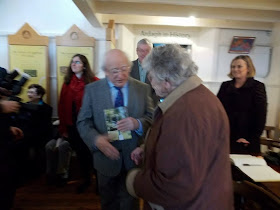 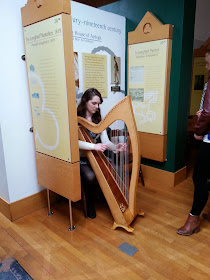 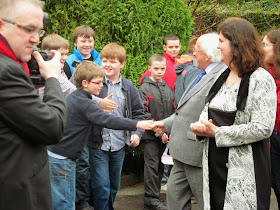 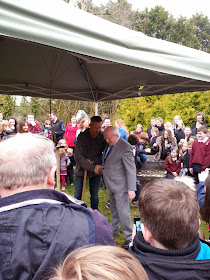 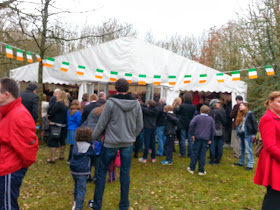 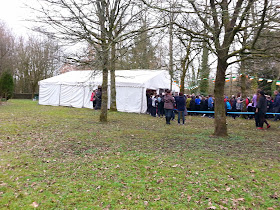 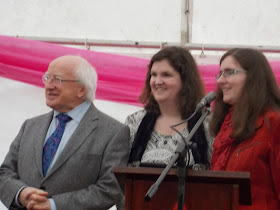 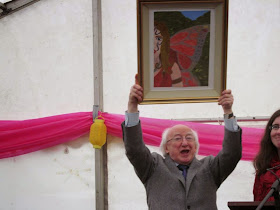 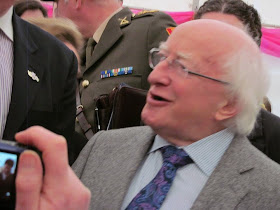 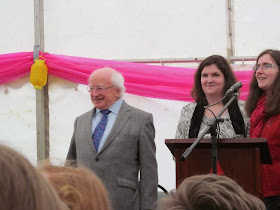 During his Visit to Ardagh Heritage and Creativity Centre

Tá áthas orm bheith anseo in Ardach libh inniu agus gabhaim buíochas libh as ucht an fíorchaoin fáilte a d’fhear sibh romham. I am delighted to be in Ardagh this morning. May I thank in particular Ann Gerety Smyth and Annette Corkey for the kind invitation to visit this wonderful community arts facility and all of you for the warm welcome I received.

As President of Ireland I am honoured to have been asked to follow in three of my predecessors’ footsteps and plant a tree in your beautiful Neighbourhood garden.  I find the symbolism of this weeping willow taking root, growing, blossoming and becoming stronger very appropriate and in line with this Centre’s mission “to build a place where people have the freedom to be creative, where they feel a real sense of accomplishment, a place that brings out the best in everybody”.

It means all the more to me to be here with you this morning as the community arts movement has long been close to my heart. At the core of this movement, which emerged in the 1970s, is a preoccupation with the right of people of all backgrounds – urban and rural, men and women, English and Irish speaking, natives and newcomers – to fully participate in cultural activity and artistic creation, and a conviction that, by enriching the capacity for community arts, we are liberating our citizens from the determinism of a narrow economic consumerism. The debate around community arts also sought to blur the distinction between “high art” and “craft,” and promoted the idea that the artisan should receive just as much recognition for his work as the professional artist.

The community arts movement is thus rooted in the belief that art, in whatever form it comes, should be made accessible to everyone and brought back into the daily lives of citizens. Such a conception of the arts, grounded in a philosophy of inclusiveness, is one that I have aimed to put into practice throughout my public career, as an academic, a politician, a human rights activist and as a poet connected to public performance. It gives me great pleasure, today, to see that vision bloom through the multiplicity of initiatives undertaken by the Ardagh Heritage and Creativity Centre, offering as it does members of the local community, both young and old, the opportunity and the means to engage with the creative process, to learn new skills, or simply to meet and to talk.

By its nature, the creation of art and crafts can be a solitary experience – involving hours spent alone in a studio in contemplation, exploration and inspiration. It is therefore important that creators be given a space where they can share their experience, learn from one another, and discuss their ideas. The final result is a piece of work that embodies the personality and individual creativity of the maker – one that bears the unique stamp of the creator’s talent, as well as the mark of the multiple influences which informed it. I would like to salute Ann Gerety Smyth and Annette Corkey’s determination, for they saw the need for this collective hub for artistic creation and worked tirelessly to make their vision a reality.

Place-making is another important dimension of community arts practice, based on the notion that a sense of place, of home, of neighbourhood, is critical to our living together and that the arts have distinctive powers to explore, mark and expand that sense of community. By passing on and emphasising the wonderful legend of Midhir and Etain, this Centre creates a living and suggestive link with the ancient history and mythology of this part of the country. It encourages an awareness and creative reinterpretation of a mythical past which can inform our grasp of the present in unexpected ways, and nurture our imagination of the future.

The most glorious period of Irish art saw no distinction between art and craft. Beauty is timeless; it does not change. Throughout history, humans have felt compelled to engage in “good work”, to craft objects that were not only functional and useful, but also beautiful. Ireland has a vast treasury of ancient and modern exemplars of this longstanding tradition of craftsmanship. The history of our native craftwork and artistry takes us back to the bronze age when Irish hands first crafted fabulous, intricate pieces from gold and copper, forward to the times when hand weavers laboriously spun yarns to produce tweeds and linens, to our lace makers, knitters, silversmiths, jewellers, glass producers, furniture makers, quilters, basket weavers, potters, and many others too numerous to list. In some areas technology has wrought huge changes to the production process but in others, painstaking handwork is still a fundamental. It is the excellence of craftsmanship that puts objects produced in this manner into a class of their own.

In these early years of the twenty-first century, even as children of the age of mass consumption, we are once again revisiting the role of crafts in our contemporary narrative. At this time when we need jobs to keep our talented young people at home, we look to the arts and crafts, among other sectors, to keep pushing out the boundaries of achievement and imagination, and to keep encouraging and supporting entrepreneurship among our people. It heartens me to see so many young people engaged with creative processes here today. It is essential that the young citizens of Ireland be given the means and the support to express themselves creatively.

Artistic skills and techniques can be learned but these skills are not merely passed down from generation to generation; they are re-grown in each. Some of the young apprentices here today may well be the master craftspeople and artists of tomorrow.