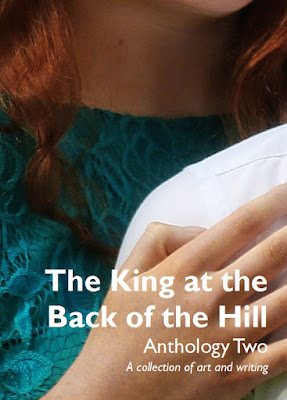 It's almost time for our annual Domhnach na bhFraocháin/Bilberry Sunday celebrations and we are really excited about all that is on offer this year. Once again the event is part of the multi-disciplinary Cruthú Arts Festival (http://cruthuartsfestival.com/programme/) (See below).
11.00am
We start with the traditional walk up Brí Leith in search of the elusive bilberries which were once sent to the High King's Lughnasa feast. Meeting at Ardagh GAA pitch at 11.00am we will be guided by Brendan Farrell. Wear suitable footwear and clothing.
We are delighted to have the Community Bus to offer lifts out from Longford town to anyone who needs them. The bus will leave the back of the Market Square (old swimming pool car park) at 10.30am and return after the book launch. First come first served!
12.30 - 1.00pm
After the walk there will be tea and scones for weary walkers in Ardagh Heritage and Creativity Centre.
1.30pm
We are honoured to have Esther Göbl Uí Nualláin reading from her Irish language children's books.
Esther is of Austrian/Irish parentage. Born and bred in Longford, she still lives there with her husband, John, and their three children, Saorlaith, Diarmaid and Cian. They are rearing their family through Irish.
Esther is a teacher of Irish at the second level Meán Scoil Mhuire in Longford town. She writes for her own children and, from this, grew her interest in writing for others. Eachtraí Uchtaigh, a collection of short stories, is her first publication for children. In 2010 MÓINÍN published Ruball Trioball – her first novel for 6-8 year-old readers – This novel was awarded the accolade of ‘2010 Book of the Year for Younger Readers/ Réics Carló Award’.
Also published is her children’s novel Is Mise do Chara and her latest work for younger readers Cleasaí an Coinín. 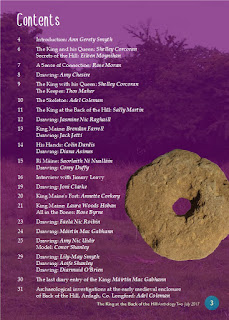 2.00pm Launch of the King at the Back of the Hill anthology.
Last March we hosted a very interesting evening with archaeologist Adel Coleman who told us about her research findings. Adel took on the task of writing up the dig at the Back of the Hill, Ardagh which had been left in the National Archives since competed by Liam de Paor in 1967. That night we put a call out for writing and art inspired by the dig and the story of the skeleton of The King at the Back of the Hill alleged to be King Maine of Teabhta, son of Niall of the Nine Hostages. We were delighted with the response which includes art, photography, poetry, short stories and factual writing from adults and children. The book will be launched at 2.00pm on Sunday.
Looking forward to seeing lots of you on Sunday, but don't forget to also check out the other Cruthú events starting tonight with the launch of the Amboise Donnelle exhibition in Longford Library where our own Ann Gerety Smyth will join other local writers reading. 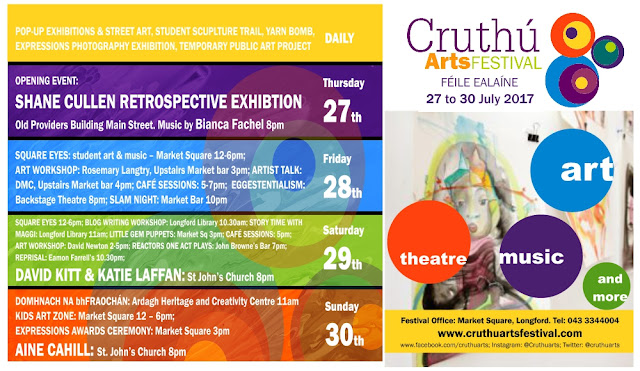 Cruthú Arts Festival (http://cruthuartsfestival.com/programme/) sees the town transformed into a hub of creativity over the four days. Highlights this year include the Opening at the Shane Cullen exhibition on Thursday 27th, Eggsistentialism in Backstage Theatre on Friday 28th, David Kitt on Saturday 29th and Áine Cahill on Sunday 30th both in St. John's Church. 14 empty buildings will  host a diverse range of visual art exhibitions daily from 12pm to 7pm and there will be Cafe Sessions, a Slam Night, and many events and workshops too. Two new and unique elements are ReActors and Square Eyes, ReActors sees local directors take on new scripts from local writers. These plays have already had their first outings in Ballymahon and Granard libraries but if you missed them come along to John Browne's on Saturday evening. Square Eyes brings together young local talent to host live music performances, create 10 large mural works and the display recycled cardboard furniture. The extremely popular Street Art element of the festival also returns this year with several more walls around Longford being transformed by national and international artists. Community groups and local schools have created sculptures which will be positioned around the streets and photos from the  Expressions photography competition will be brought right out onto the street in large format which is sure to be impressive.
Posted by Ardagh Heritage and Creativity Centre at 17:44 No comments:

Workshops in conjunction with the Leinster Fleadh

We are delighted to have been asked to get involved with by the Leinster Fleadh by the organisers in Ballymahon. We will offer a range of creative heritage-based workshops during the week from 10th to 15th July at 11am and 2pm daily. 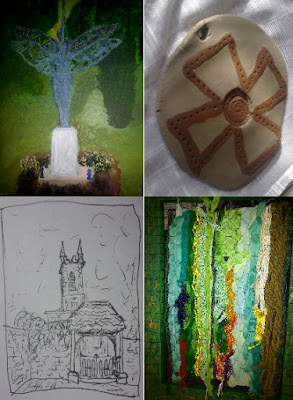 Monday 10th July: Midir and Etain felting workshop
Bring the legend to life: listen to our story, be inspired by our collection and create a scene using unspun wool.

Tuesday 11th July:  The King at the Back of the Hill weaving workshop
Hear about King Maine, be inspired by the finds of the dig and create an art piece by weaving various fabrics and fibres.
Wednesday 12th July: Ardagh Saints clay symbols workshop
Learn about  saints in Ardagh, be inspired by symbols in Early Christian art and create a inlayed clay tile.

Thursday 13th July: Sketching in the Village
Join us on a tour of the model estate village and sketch landmarks such as the Clock Tower, Lych Gate, etc. (Indoor option if weather doesn't co-operate)

Friday 14th July:King at the Back of the Hill
Make your own model Iron Age fort like King Maine's using clay and sticks etc.

Prices: €10 per person including all materials. Workshops are approximately 1.5 to 2 hrs in duration.
All ages welcome from toddler to adult. Children must be accompanied.
Posted by Ardagh Heritage and Creativity Centre at 23:40 1 comment: 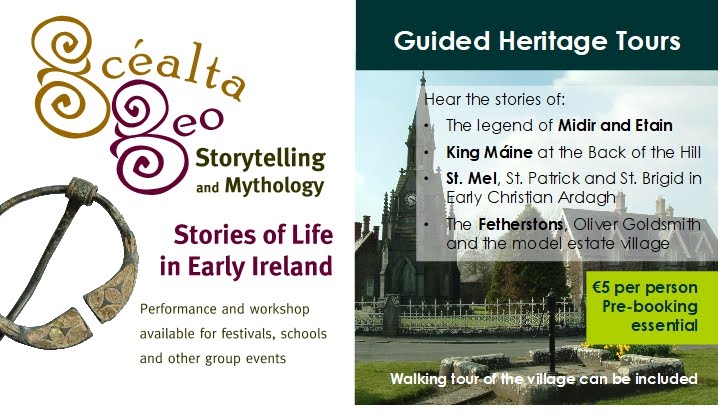 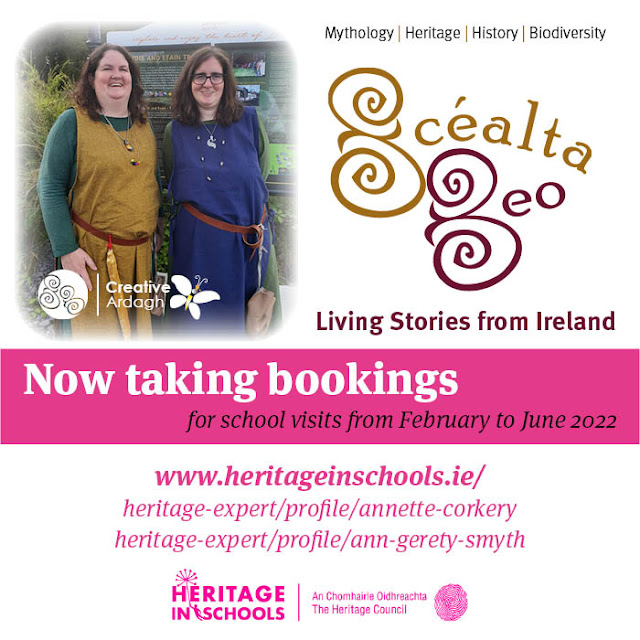 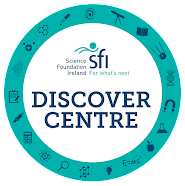